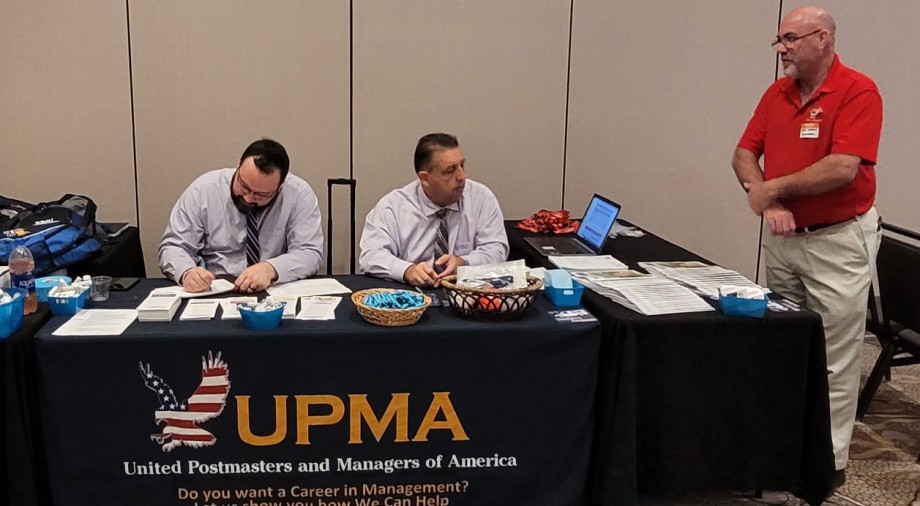 you can find e-mail information for your representative at:

In the contract year beginning January 2023, the program shall ‘‘to the greatest extent practicable” with respect to
each plan provided by a carrier in which the total enrollment includes 1,500 or more enrollees who are Postal Service employees or Postal Service annuitants, have a plan offered by that carrier with equivalent benefits and cost-sharing requirements. The exception is the director of OPM may exempt any comprehensive medical plan from this requirement and include plans offered by any other carrier determined appropriate by OPM.

Requirement of Medicare Enrollment for Certain Annuitants and Their Family Members

A Postal Service Medicare-covered annuitant may not enroll in a program plan unless the annuitant is entitled to benefits under Medicare Part A and enrolled in Medicare Part B.

In general, the requirements as applicable shall not apply with respect to an individual in the following cases:

n Current Employees Aged 64 and Over—As of Jan. 1, 2025, the individual is a Postal Service employee and at least 64 years of age.

Medicare Special Enrollment Period. If a qualified individual is not enrolled under Part B, the individual may elect to be enrolled during a special enrollment period in a six-month period beginning on April 1, 2024. The coverage period will commence on Jan. 1, 2025.

Medicare Coordination. In general, OPM shall require each program plan to provide benefits for covered Medicare individuals pursuant to a coordination of benefits method approved by OPM.

For additional information, please contact Eagle Care at 512-859-5662 or info@eaglecarehealth.com.

NARFE, one of federal employees and retirees best friends, tracks bills in Congress that would affect you if they became law. In the March 2022 issue of their magazine, they’ve highlighted five of them that deal with a pair of issues that either are or will be of concern to you.

Comparison of PSHB and FEHB
The Postal Service Reform Act of 2022 creates a new Postal Service Health Benefits (PSHB) program within the Federal Employees Health Benefits (FEHB) program starting in January 2025. All postal employees and postal annuitants will be offered their earned health benefits through the PSHB program at that time.
The PSHB is designed to provide plans that mirror current FEHB plans but with different rates to reflect a separate, postal-only risk pool and cost savings accrued from increased Medicare integration.
Actuarial analysis of the new PSHB program found that it should lower average costs of coverage, and, therefore, plan premiums, for both PSHB and FEHB program plans, benefitting postal and nonpostal enrollees. As such, PSHB plans should provide the same coverage to postal employees and retirees, but with lower premiums.

Open the following link for the complete text...

As most of you already know, the Postal Reform Bill passed the Senate last week and is waiting for the Presidents signature to become law. There have been several questions raised about the new Postal-only Health Plan and who will be covered by it.  It is my understanding that all working employees will be switched to the new plan unless they are 64 years old or older by the time the new plan takes effect in 2025. Those 64 or older  would have a choice to stay in the old FEHPB plans and NOT take Medicare Part B when they retire, or if they choose to take Part B, they will be placed into  the new Postal only plans.

Anyone already retired who has Part B will be switched to the new Postal Plan as well. Any retiree who has not taken Part B will remain in the current FEHPB plans.

However anyone retired who is not participating in Part B will be given an opportunity to join Part B with no late penalty incurred, and they will be switched to the new Postal Plans. I hope this answers some of the questions that people have. I know it’s confusing…

You can call any member of the house using a number from this list: https://www.house.gov/representatives.

There are other Bills on GPO and WEP but they don't have enough support to get this done!

Rodney Davis and Abigail Spanberger, original sponsors of HOUSE WEP/GPO REPEAL BILL, H.R. 82, are asking House Leadership to bring the bill to the floor for a vote now. We need to back up our sponsors, Davis and Spanberger, by bombarding the House decision-makers’ offices with demands for action.

·        You can call any Member of the House using a number from this easy list:  https://www.house.gov/representatives

·        Call and/or email them a copy of the letter attached, which Rodney Davis and Abigail Spanberger sent to House Leaders.

·        Call your Congressperson’s home office, too, and talk to their legislative aide.

We need to reach out to the House leadership first. Make sure your own Member of Congress sees this same letter below. Thank you!

Click here for a copy of letter supporting Social Security Fairness Act. Use the letter to send to your representatives.

The 2021 Postal Reform Act (H.R. 3076) won sweeping bipartisan support, a notable victory for lawmakers on both sides of the aisle who have for more than 10 years sought to deliver the core elements of the bill for USPS. Congress last passed major postal reform in 2006, though the agency’s finances collapsed shortly thereafter and lawmakers have struggled to address the situation ever since. The new measure now heads to the Senate, where it already has broad bipartisan support and a vote is expected in short order.  To read more: https://www.govexec.com/management/2022/02/house-has-passed-postal-reform-reaching-new-milestone-decade-long-effort-reshape-usps/361734/

The Postal Reform Act of 2021 (HR 3076) has cleared its final hurdle in the House of Representatives and will soon be debated and cleared for a final vote on the House Floor.  The bill has been held up in two sub-committees, the House Ways and Means and the House Committee on Energy and Commerce. Both committees cleared the bill after the Congressional Budget Office (CBO) projected that the bill would not have a negative impact on the Federal Budget.

So where does the bill now stand? Because there is almost no organized opposition to the bill, it should be scheduled for a quick debate and vote on the entire House Floor. This should take no more that a couple weeks to happen. After that it will go to the Senate to be considered for passage as well. There are currently over 20 Republican sponsors for the bill in the Senate which makes it filibuster proof and it SHOULD pass the Senate floor without much controversy . But, politics being politics final passage is not a sure bet yet. We will know more as the bill proceeds through the House. Keep your fingers crossed….

This is great news because our Legislative Summit is scheduled to be held on February 13-16. By that time the bill should be in the Senate, and we will have an excellent opportunity to express our feelings to our Senators to get it passed while we're there. Im feeling very optimistic about the Bill FINALLY passing..  Because of the continuing issue with Covid 19, almost all of our meetings with our legislators will be again done via  ZOOM. I will send out the links to the meetings just before the Summit begins.

And speaking of the Summit, There is still time to register for the event. The Ohio Chapter of UPMA has authorized every member in good standing to receive compensation for their room, registration and travel expenses while attending the Summit. No expenses will be reimbursed without receipts. So if you are going to fly too DC, keep your receipt. If you drive, calculate your milage and also keep your turnpike tolls. If you are sharing a ride to DC, only the driver will be reimbursed for their expenses. Likewise if you share a room with another member, only one person may be compensated for the cost of the room. The cost of registering for the Summit is fully reimbursed.

All information about the Summit including registration and room registration is on the National website:  unitedpma.org

I hope to see you all there!

For Teachers, Postal Workers, State and County workers now is the time to tell your congressman to represent you and support the passage of HR 82.

Many will not know anything about the WEP until they get ready to retire and then it’s to late. The WEP in short says you can’t draw 100% of 2 Federal or State pensions. So the Federal Gov’t will reduce your Social Security by 2/3rd. Lets look at the math. You turn 65 and you receive a letter from Social Security that says you will draw $1200.00 a month. But oh, wait then they find out you worked for the Federal, State or County government and they will reduce that $1,200.00 to $396.00 and then you have to take Medicare out of that, a further reduction.

HR 82 will not eliminate the WEP, just refigure the penalty.

I’m an old retired Postmaster. I remember, I think it was Dale Goff NAPUS President 2007 that said “Let us do together what we cannot do alone”. Please show me that Postmasters still take care of their own and lets see this go viral.

The USPS Fairness Act (HR 695/S145) was introduced this week in the US House and US Senate. The bill repeals the requirement to prefund Postal Service health and retirement benefits as mandated under the PAEA of 2006. Last year, the House passed the USPS Fairness Act by a 309-106 vote. It never received a vote in the Senate. UPMA believes in repealing the prefunding requirement and continues to fight for reforms that will strengthen the USPS in the long term – while protecting Postmasters and Managers pay and benefits. All postal labor unions expressed their support for the change. To read more, www.unitedpma.org.